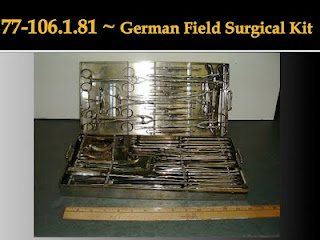 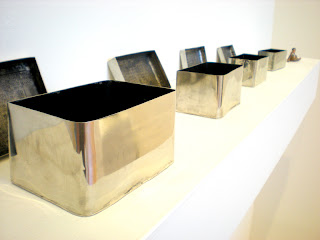 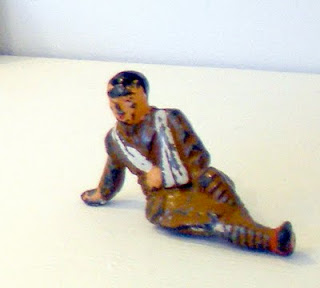 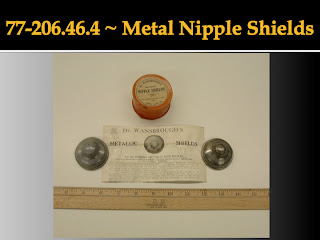 77- 206-46.4 Metal Nipple Shields
Object interpreted and Statement by Alex Weber
Carbon, glass, and nipple
“For the prevention and cure of Sore Nipple, these Shields should be applied as soon after delivery as possible, and in using them the only attention required is to wipe the Nipple previously to nursing and apply the Shield again immediately afterwards. They are in no way likely to be injurious to the infact…Should the edge of the Shield become inverted, it may be instantly restored by being laid on a flat surface, and rubbed round with the finger.”
Directions for the use of Dr. Wansbrough’s Metallic Nipple Shields, July 1842
The relationship that a mother’s nipple has to a child’s development is fundamental. Humans are nursed to maturation. A woman’s nipple comes into contact with a nursing infant a bodily connection is formed; the nourishment of life through milk.
Of particular curiosity in this creative process was the point at which a child makes a physical connection with a mother. After discovering information on my assigned medical object, Metallic Nipple Shields, I realized my interest lay in creatively responding to this object using an early photographic technique. These techniques are commonly described as alternative processes. Here a glass pane has been smoked and a layer of carbon applied to one surface, thus allowing a print to register. This pane then served as a negative in a Photogram-like process.
Young women, possibly future mothers themselves, created a social dimension to this project. They graciously lent their nipples for the creation of this piece. A special thanks to Hannah, Claire, Katrina, and Katie. 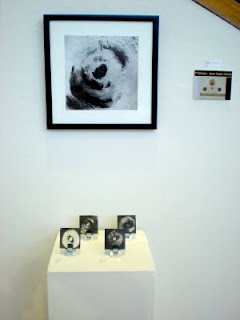 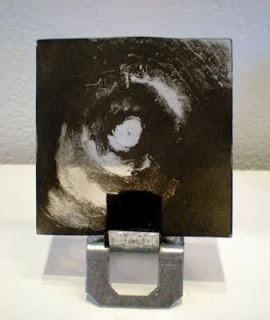 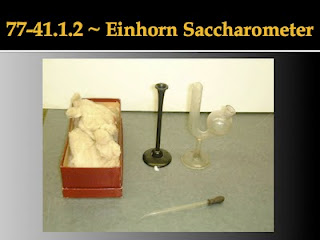 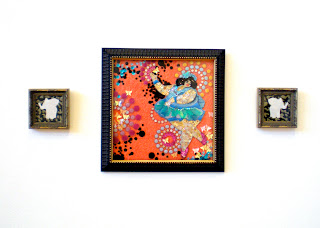 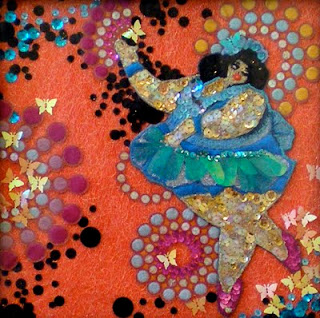 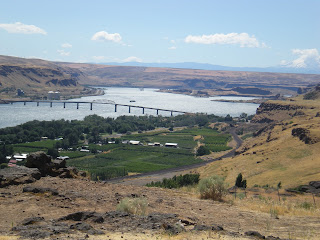 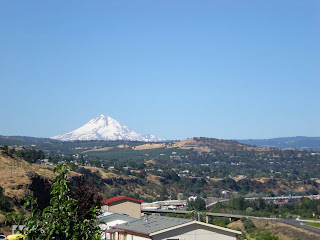 Got a lot of reading, walking and resting done...
In the next couple of weeks,
I'll be posting each object from
The Hunt show with the artist statements.
Hope your getting in your last bits of summer.
at August 19, 2011 No comments: